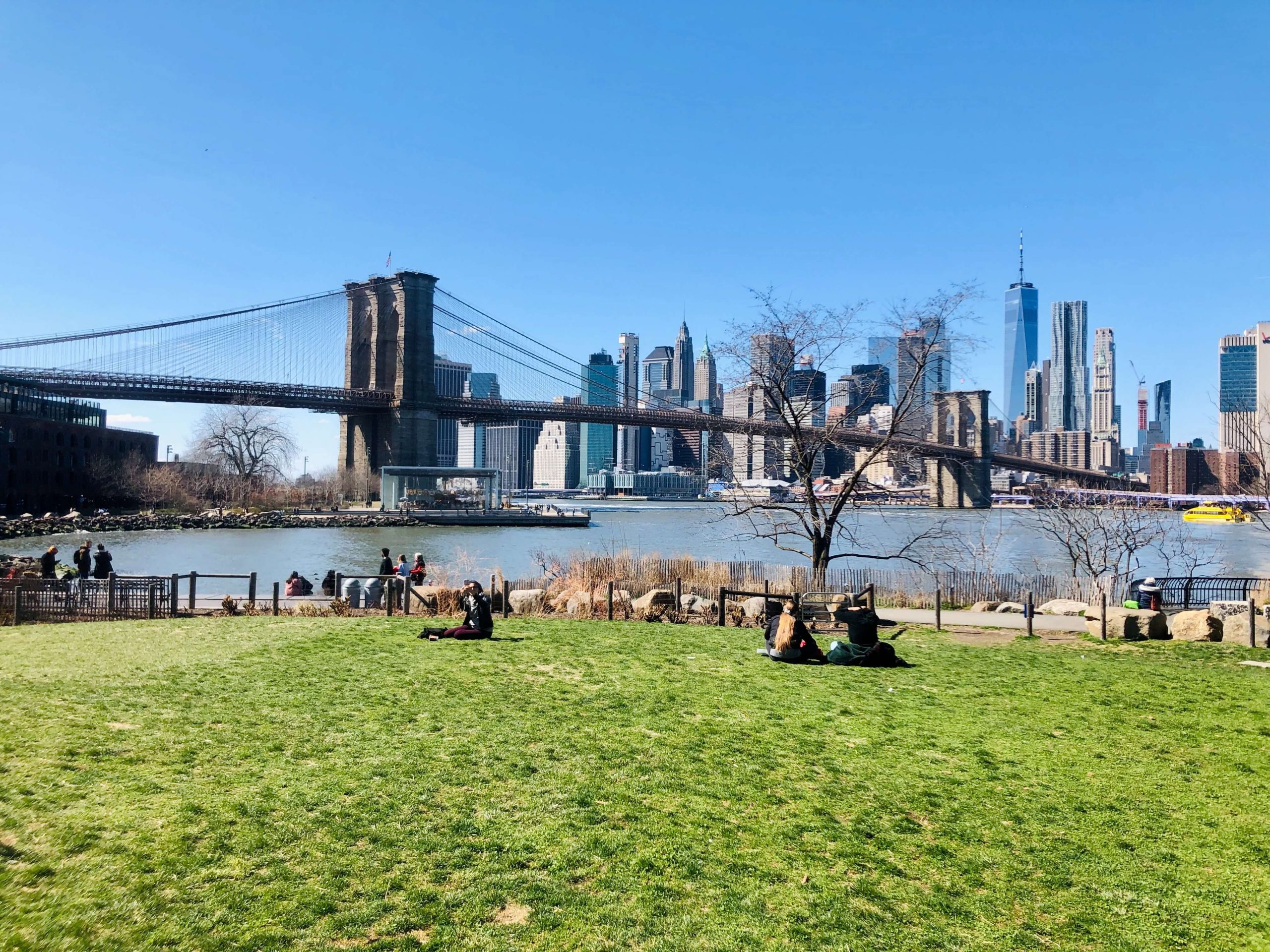 If you ask someone what park to go to in New York City, you’ll get the same sort of replies from almost everyone: Washington Square Park, Central Park, Bryant Park, or even the Hudson River Park. But spread out around this concrete city are plenty of underrated parks just waiting to be discovered and enjoyed. Below are some of the best parks you may not know about in NYC.

Cobble Hill Park
Lying a short distance from the East River in the Cobble Hill neighborhood of Brooklyn is the aptly named Cobble Hill Park. The half-block park is bucolic in nature, with a wrap-around brick path encircling a small meadow of bright green grass, where normally one can see residents lying out on blankets and towels during the summer. Come and take in the roses, the tulips, and all the other bright flowers, or play some chess or bring a newspaper; it’s a welcoming spot for all.

Brooklyn Bridge Park
Situated only a couple blocks away from Cobble Hill Park is Brooklyn Bridge Park, another aptly named green space in the city. Nestled beneath the Brooklyn Bridge, with a carousel and waterfront views to match, the park should be a top destination for any residents or tourists looking for a break from the hustle and bustle of the city streets. All sorts of activities are available, including ice skating during wintertime, bouldering and rock climbing, soccer and extensive bike paths for easy views of the entire city across the East River. The 85-acre park offers stunning architecture, food options and cozy, comfortable spots to sit and take in the sights and sounds of Brooklyn and Manhattan.

Franklin D. Roosevelt Four Freedoms Park
While Roosevelt Island, situated between Manhattan and Brooklyn, may be common knowledge, the park and open space available to visitors is truly phenomenal. Four Freedoms Park is located at the southern tip of the island, and is the first memorial dedicated to former president Franklin D. Roosevelt in his home state of New York. There’s stunning lines of trees, with views right on the waterfront for all who come visit.

Highbridge Park
If you’re really looking to experience the natural beauty of New York City, head to Highbridge Park on W 155 Street. It’s named after the High Bridge, the city’s oldest standing bridge, and was assembled in pieces between 1867 and the 1960s. In addition to extensive biking and walking paths, the park also offers a stunning collection of native and exotic forests, including, but not limited to: red oaks, hickory, sweetgums, tulip trees, indigenous black beery, sassafras, hackberry trees, Virginia creeper, blackberry, raspberry, grape and sumacs.

Perhaps the most interesting aspect of the park is its wildlife. The dusky salamander, a city-rare species, was re-discovered in Highbridge Park, and is also home to the white-footed mouse, which has genetically evolved into a unique type of its species in the park. There are also plenty of hawks, birds and snakes to appreciate!

With all that said, go ahead and take a break from the classic parks of New York City and branch out a bit to the other wooded and green areas that the boroughs have to offer! You’ll be glad you did.

THE BERMAN GROUP IN THE PRESS

Pay It Forward: “Raise Your Hand” Advice From Sarah Berman